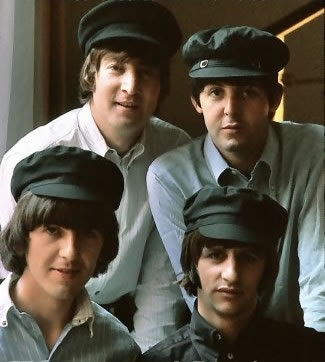 Could a drug-free mind ever imagine sailing the oceans in a yellow submarine, or talking to a girl with kaleidoscope eyes? That was the question asked by a Scottish scientist who spoke at Liverpool's famous Cavern Club last week in an attempt to divine whether The Beatles would have been as good if they had not indulged in illegal substances.

Professor Judith Pratt, of the Strathclyde Institute of Pharmacy and Biomedical Sciences, examined the effects drugs have on the way individuals perceive the world before relating it back to The Beatles's evolution from innocent boy band to spaced-out hippies, a trip that saw their music evolve from pop to Technicolor psychedelia and eventually into heroin-influenced blues.
The event was not a normal scientific symposium: after her talk, the audience stood up and sang along to Hey Jude.
Pratt said: "What would their songs be like if they hadn't been exposed to drugs? Taking drugs certainly had a positive influence on The Beatles's songwriting, although that's not to say you should encourage people to take them. The boost in creativity comes from the way drugs changed their perception. But it's a moot point whether they would have made the same music if it weren't for what they were taking." Full story...
See also: