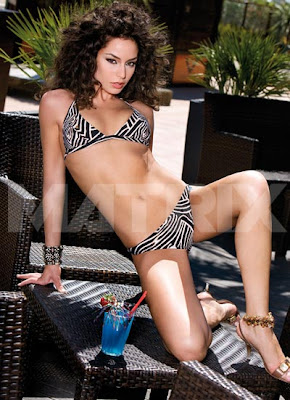 Showgirl and men's magazine model Raffella Fico, 20, told an Italian magazine: "I can't wait to see who's going to pull out the money to have me."

Miss Fico, who appeared in the Italian version of Big Brother earlier this year, said she would use the cash to buy a house in Rome and pay for acting classes.

"I don't know what it's like to have sex," she told the magazine, Chi, adding that if the man who bought her virginity was ugly then she would quickly get over it.

"If I don't like him I'll just have a glass of wine and forget about it," said the aspiring actress from Naples - hometown of screen siren Sophia Loren.

Her family insisted that despite her good looks and sexy image, she remained a virgin.

"She's never had a boyfriend. I swear on my mother's grave. She's a devout Catholic and prays to Padre Pio every night," her brother told the magazine.

She is the not the first woman to auction her virginity for a large sum. An 18-year-old US student in San Diego, Natalie Dylan, recently told the Howard Stern show she would have sex for the first time for $1 million to pay her college fees.

In 2005 a Peruvian model, also 18, put herself up for sale to help pay her family's medical bills but ended up having second thoughts and turning down $1.5 million.