Does anyone care about Irom Sharmila whose hunger strike enters its 10th. year in Manipur, India... 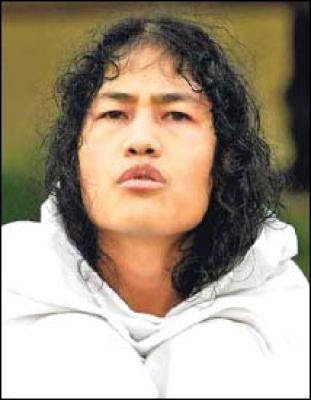 Hunger striker Irom Sharmila has completed nine years of fasting today. Popularly called the ‘Iron Lady,’ Irom has been fasting all these years, demanding the repeal of the black law Armed Forces Special Powers Act (AFSPA). She started her fast November 2, 2000 the day when 10 civilians were killed by Indian security forces during an encounter with militants at Malom area in Imphal West district.

The state authority put Irom under forced-feeding, feeding her through the nose with liquid food after she had already been into several days of her fast-unto death agitation. Irom Sharmila Chanu was awarded the Guangju Prize few years ago by a Korea-based human rights group. On the charge of attempting to commit ‘suicide,’ the state government arrested her and put her under tight security at Jawaharlal Nehru hospital in Imphal. She went to New Delhi and continued her agitation there at the Jantar Mantar. More...