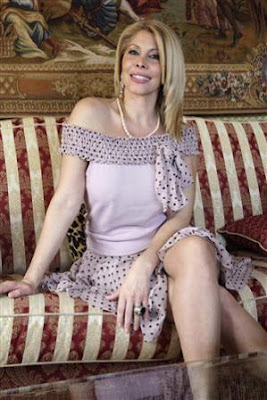 Targeting her male fan base, the veteran of Italy's adult entertainment industry has plastered images of her derriere all around the Eternal City in a bid to win a seat in Rome's city hall.

"It would be something cute, clean -- nothing to do with prostitution," said the actress whose films include "The Kiss of the Cobra" and "Paolina Borghese, Imperial Nymphomaniac". More...
Posted by Unknown at 9:23 PM