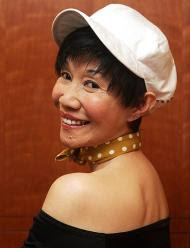 Singapore is materially rich but spiritually poor -- and the government is partly to blame, one of the city-state's most prominent authors says.

Catherine Lim, also a political commentator, is one of a very few to publicly criticise the government in Southeast Asia's most economically advanced society.

Lim said that while Singapore is consistently ranked high in various surveys on material measures, such as business friendliness and economic achievement, the standings are reversed when other factors are considered.

"Press freedom, happiness and even love life and romance and so on, Singapore is ranked very low," Lim said in an interview with AFP.

"Maybe it leads to some questions. Are we achieving all this material prosperity at the cost of something? Soul, spirit, heart, senses, whatever you want to call it?"

She said the government's tight political control is partly to blame for a lack of happiness among the city-state's 4.6 million people.

"If there were less of a climate of fear... we would be a happier society," she said.

Singapore is one of the most politically stable countries in the region and has become the base for thousands of foreign firms.

The country's leaders say its tough laws against dissent and other political activity are necessary to ensure such stability which has helped it achieve economic success.

It is illegal, for example, to hold a public gathering of five or more people in Singapore without a permit, meaning demonstrations seldom occur.

Singapore's leaders maintain that Western-style liberal democracy is not suitable for the tiny, multi-racial nation which has been ruled by the People's Action Party since 1959.

Lim said the government is doing much better than others in helping to deal with "material issues", including rising global food prices.

"This is a very pro-active government... a very pragmatic, problem-solving leadership," the Malaysian-born Lim, 66, said.

"The problem is in the other areas, political and social liberties that we don't hear much of here in Singapore."

Lim, who has lived in the city-state since 1967, spoke to AFP on the sidelines of a conference on The New Science of Happiness and Well-being, where she was invited to speak, and which ended Thursday.

Paris based media watchdog Reporters Without Borders ranked the city-state at 146 out of 168 nations, lower than Zimbabwe at 140, on a global index of press freedom released last year.

Singapore has also placed at the lower end in global surveys of sex frequency and satisfaction.

A recent poll by advertising firm Grey Group found that nine in 10 people living in Singapore said they were stressed.

Singaporeans are not "unhappy in the real sense of the word as in poverty-stricken countries", Lim said, but they seem to feel something is missing to complete their happiness.

"We need more time to relax. Singaporeans are always talking about pressure. We make money, but hey, we don't have the leisure to spend our money."

Lim has written more than nine collections of short stories, five novels and a book on poems. Her works have been published internationally.

Last year she also turned to the Internet, after the pro-government Straits Times refused to publish one of her commentaries, her website says.

The newspaper had, for 13 years, published her commentaries even though they were critical of the government, she wrote on the website.

But in September it rejected one on "the need for a political opening up", the website says. The Today daily also refused to publish it, forcing her to go online, she says on the website.

Direct criticism of the government is rare in Singapore's mainstream media, forcing dissatisfied Singaporeans to resort to the web to express their views.