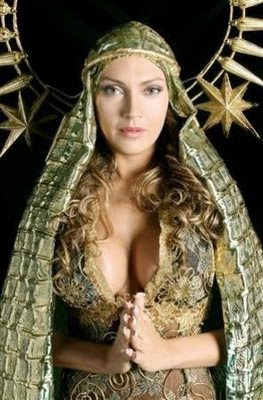 A prominent fashion designer has sparked outrage in Chile by dressing up models like the Virgin Mary – in some cases with ample, near-naked breasts.

The Roman Catholic Church condemned Ricardo Oyarzun's plans for a show featuring the models, and a conservative group tried unsuccessfully to block it in court.

Oyarzun said he had received telephone threats and had excrement smeared on his doorstep. More...