LeeKuanYew-istan Forever! Singapore as a role model for the world... 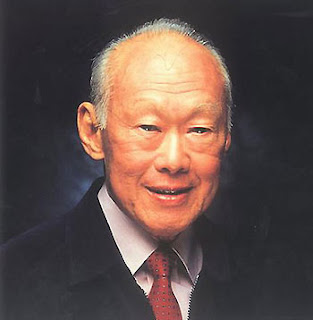 It is impossible to write a political obituary of someone who not only hasn't yet passed away, but whose influence will assuredly live on long after he passes from the scene. This is especially the case with Lee Kuan Yew: founding father, prime minister, and until this week, "minister mentor" of the world's most admired city-state, Singapore.

Lee is finally stepping down from the cabinet position he created for himself, as is his successor Prime Minister Goh Chok Tong, who also served as a senior minister. Their departure, combined with the swearing-in of a raft of younger cabinet ministers after Lee's People's Action Party (PAP) took a severe blow in parliamentary elections this month, lowers the average age of the cabinet to a sprightly 53. But Lee, now 87, retains a seat in Parliament, not to mention the ear of his son, Lee Hsien Loong, the current prime minister.

Samuel Huntington famously praised Lee -- who has officially or unofficially ruled Singapore for more than 50 years -- as one of the most successful statesmen of the 20th century, but his influence could be even greater in the 21st. Singapore's 20th-century legacy is that of being one of the few truly successful post-colonial nations. While Arab states crumble and the rest of surrounding Indochina struggles in the second world, Singapore skyrocketed From Third World to First, to borrow the title of one volume of Lee's lengthy but instructive memoirs. More...