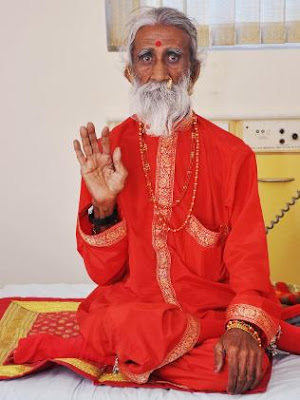 Prahlad Jani spent a fortnight in a hospital in the western India state of Gujarat under constant surveillance from a team of 30 medics equipped with cameras and closed circuit television.

During the period, he neither ate nor drank and did not go to the toilet.

"We still do not know how he survives," neurologist Sudhir Shah told reporters after the end of the experiment. "It is still a mystery what kind of phenomenon this is."

The long-haired and bearded yogi was sealed in a hospital in the city of Ahmedabad in a study initiated by India's Defence Research and Development Organisation (DRDO), the state defence and military research institute. More...