Two chicks with the same name, pitbull cloning, a Mormon kidnapping; what the hell is going on? 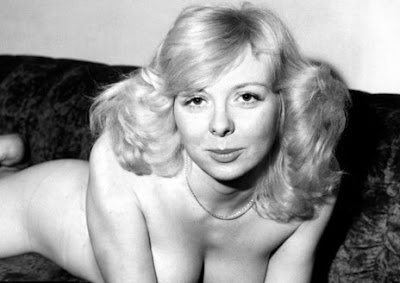 At first it seemed a straightforward example of the oddball stories which emerge during the long, slow, news days of high summer.

A 'Californian woman' had paid £25,000 to a South Korean laboratory to have her dead pitbull terrier cloned, in the first transaction of its kind.

'Bernann McKinney' had saved tissue from the ear of her beloved 'Booger', which was frozen after the dog died, and then used as DNA source material to produce five pitbull pups.

So far, so silly season. (But as the eccentric Miss McKinney beamed joyfully from the world's television screens on Tuesday, vague bells began to ring.)

The face was familiar, albeit older and heavier. The surname was the same.

So was the alleged American, ex-beauty queen background and the unusual devotion to pitbull dogs.

Surely it wasn't? Could the new owner of the world's first commercially cloned pups be the same woman who had gone on the run from British justice 30 years ago, having been the star of one of the most bizarre, entertaining and downright saucy court cases in living memory?

See also: Have you ever wondered what the Mormon Church teaches? Watch...

And this: Pitbull bites boy; boy bites back pitbull!!!