Brad Williams, the man with the amazing memory... 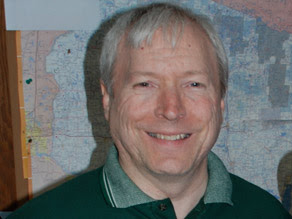 Give Brad Williams a date, and he can usually tell you not only what he was doing but what world events happened that day. He can do this for almost every day of his life.

Williams is one of only three people in the world identified with this off-the-charts autobiographical memory, according to researchers at the University of California-Irvine who gave the condition its name: hyperthymestic syndrome, from the Greek words for excessive (hyper) and remembering (thymesis).

Unlike most people whose memories fade with time, much of Williams' life is etched indelibly in his mind.

"It's just there," said Williams, 51, who reports the news for a family of radio stations in La Crosse, Wisconsin.

The researchers at the are studying Williams and the two others with hyperthymestic syndrome, a man in Ohio and woman in California, hoping to gain new insights into how a superior memory works. More...

See also: Jill Price, the woman who remembers everything...
And this: Your brain: how to keep it healthier and ... younger!
Posted by Unknown at 5:12 PM